The whole world competes, be it on the individual level or international level. Everyone is striving to do something innovative, creative or unique to leave the others behind. This competition has gone to extreme levels as we can see trade wars between top superpowers. No one knows when this catastrophe is going to end between China and the USA.  Both are developed countries and not just developed; both are the economic leaders of the world. They are still trying to outcast the other by trying to increase the number of exports. However, many other nations are trying their level best to catch up in this race. Here is a list of six top exporting countries in the world for 2020.

The cheap labor cost and the vast industries both make China an attractive place for buyers and industrialists. These factors motivated Apple and Samsung to open up their factories in China.

China indeed has a growing economy; it’s reported that in August 2019 the exports dropped by 1%, followed by a 3.3% increase in July. Nevertheless, the world is still looking up to China for setting a tremendous example in terms of economic growth.

Yes, the USA is on the second number when it comes to exports. If we talk about 2017, their exports reached out to $ 1.456 trillion, and in 2018 it was more than $2 trillion. The USA is not only rich in natural resources, but it also has some very famous and big companies in the region like Apple, Google, Facebook, and Microsoft.

There was a time when the USA topped the list, but now China has taken over its position when it comes to exports, at least. However, when it comes to GDP, the USA is still at the top. The USA generates almost 40% of the total world GDP while China produces 34%.

Germany has the largest economy among all in Europe. Germany is continuously progressing, and the last exports recorded amounted to $ 1.448 trillion. This year in July, the exports increased to 3.8%. Do you know Germany is one of the primary producers of luxurious cars in the world? The luxurious vehicles make 18% of the total exports.

Japan is the 2nd largest exporter in Asia but the 4th largest in the world. Despite many challenges, Japan managed to progress. Japan is famous for its automobiles all around the world, and Japan is the 3rd largest manufacturer in the automobile industry. In 2017, Japan’s total exports amounted to $ 698.12 billion.

However, from the past two years, the exports have shown a decline, but Japan still manages to be on the 4th number of the most export generating countries. The competition in the world is so fierce, and if Japan wants to stay in the game, the country will need to rethink its policies and procedures for exports.

Yes, it was once considered as a developing country, and now by investing, innovating, and building up the technology, South Korea has managed to stand in the top 6 exporters of the world. More than 49% of the GDP of the country is generated through its exports. South Korea is the 4th largest economy in Asia, now. In 2017, South Korea managed to generate $596 billion.

Last but not least on the list is France. France is the 2nd largest exporter in Europe and 6th largest in the world. France has the 7th largest economy in the world. In 2019, July the exports rose by 1.1% in France, mainly because of the sale of transport equipment.

However, the main exports of France include pharmaceutical products, chemicals, iron, steel, transportation equipment, and machinery.

These countries are in the top positions for different reasons. They have tried, struggled, fought, and then won the fights that were keeping them from achieving these goals. Yes, it is for sure, they have not gone this far in one day, it is the grapple of many years that led to this victory.

Other than the hard work, it was their policies that gave these countries a push. So, the rest of the world, the developing countries should learn from these countries and implement the teachings in their countries, if they want to be in the top exporters’ list. The world is changing so fast that if the developing countries don’t straighten their policies, they will be left behind. It’s about the time when less developed countries stepped out of their comfort zones and realized the situation or else, they will soon be ruined.  Of course, it will take time, but in the right direction, hard work and good policy success will be achieved. Patience and consistency are the keys here because great things take time. 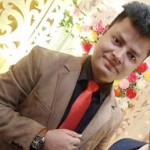