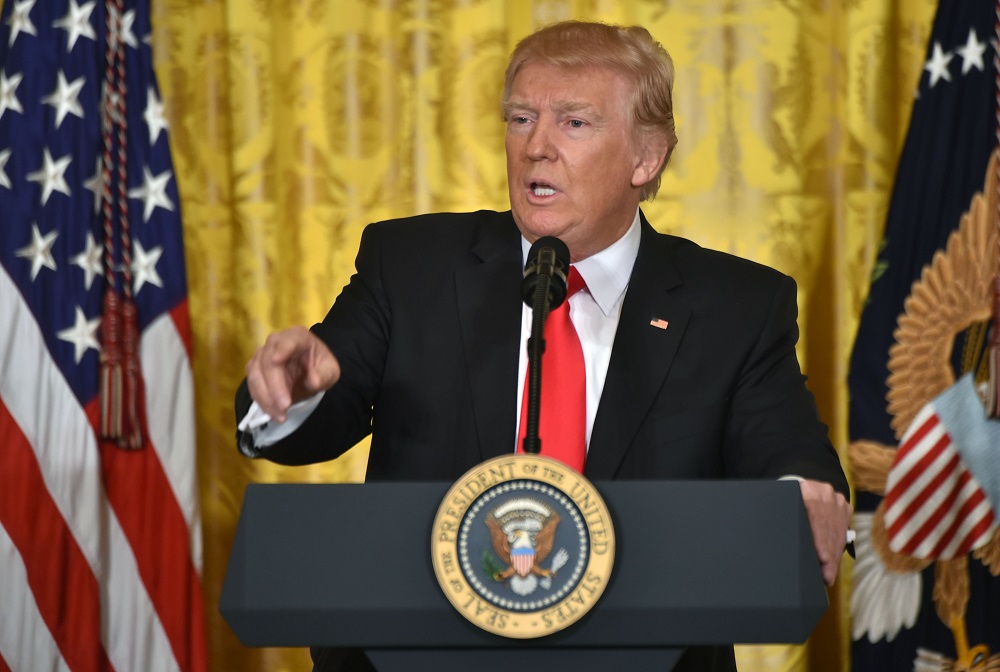 It has been a short while since President Trump got behind the keyboard of his phone or computer to bless us with some of his thoughts in form of tweets. The commander-in-Tweet took the liberty of covering a wide range of topics in his recent tweet storm. The first was immigration, then up next was the current push to enact tariffs on Mexican goods, largely because of the nation’s perceived inaction on illegal caravans. He said Mexico was “an abuser” of the US. He vowed to bring American companies back by imposing tariffs unless he gets cooperation from them. Next in the storm plate was president trump’s reminder of the witch hunt, he said there is collusion. The president also denied calling Meghan Markle “nasty” in the widely promoted remarks prior to his trip to the UK on Monday.

The tweetstorm so far – 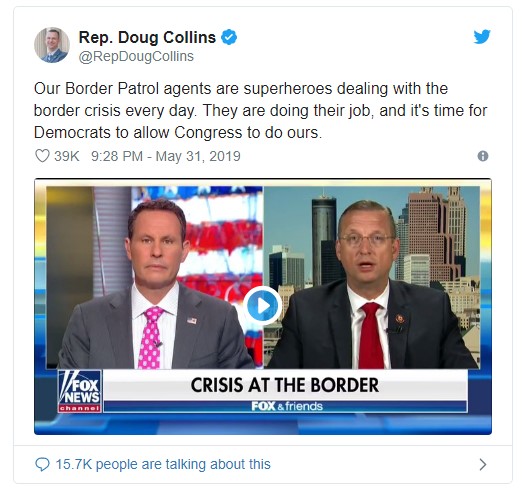 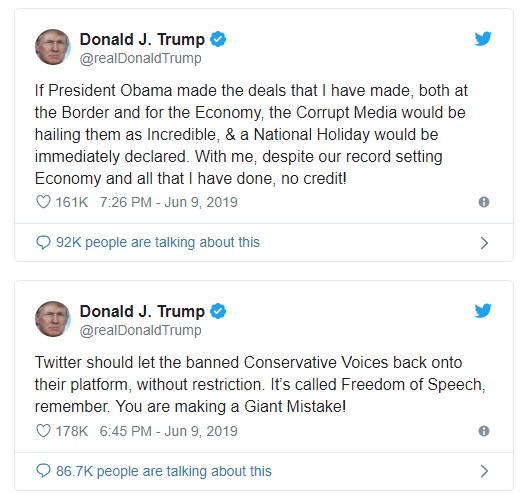 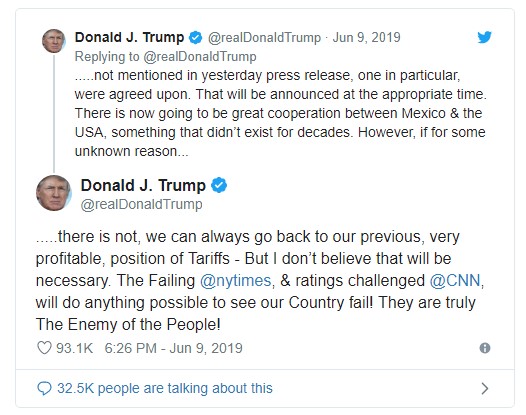 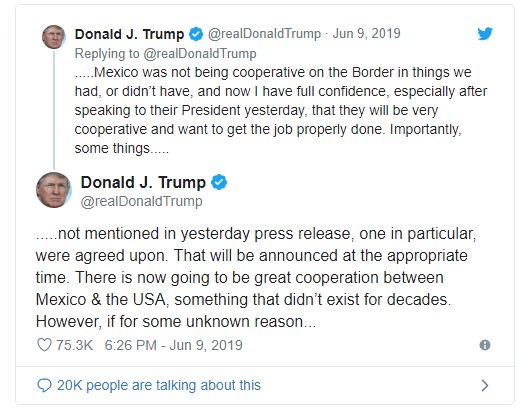 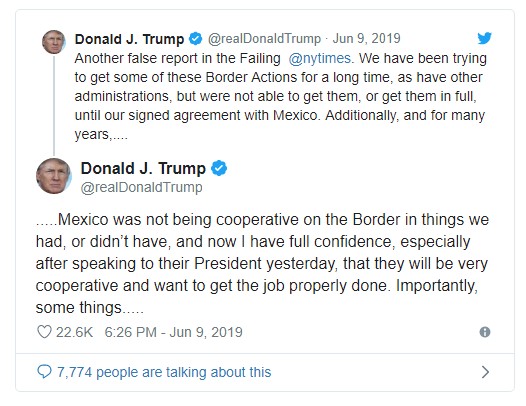 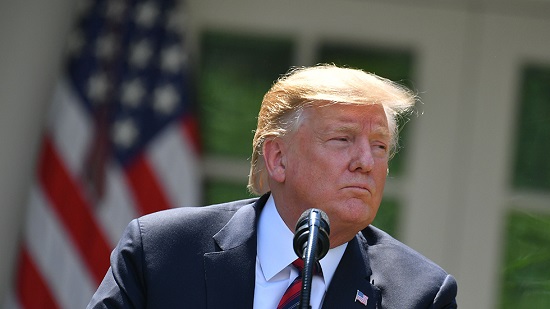