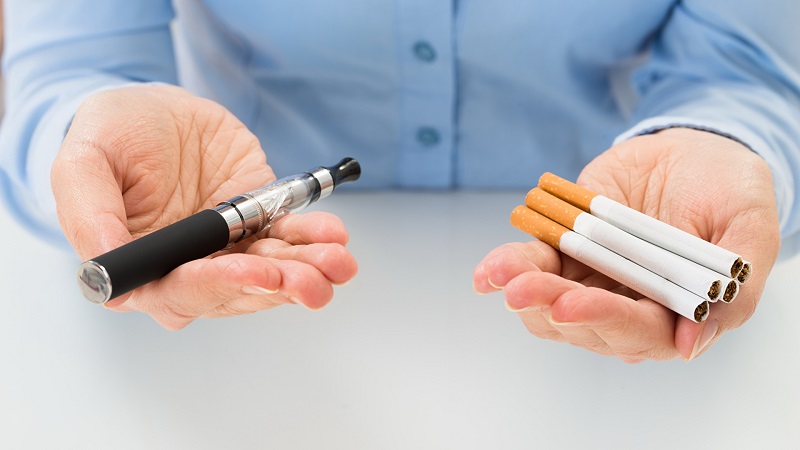 Indeed it is a complicated issue when debating on whether smoking or vaping is healthier or less harmful. The truth of the matter is that whether you smoke or you vape, each has its heath-related risks that are harmful to your body and may even cause death in the long run. Smoking involves the direct inhalation of dry tobacco smoke from cigarettes, which is believed to be more toxic; vaping, on the other hand, involves taking in vapor in the form of aerosol from an electronic cigarette. E-cigarettes are battery-operated devices that now come in various shapes and sizes. However, the base product in both is nicotine, a very addictive substance that is both a stimulant and a relaxer naturally found in tobacco.

Smoke happens when a substance reaches autoignition temperatures, at which point combustion begins. Smoke is the collection of solids, liquids, and gaseous aerosol particles emitted from combustion. This combustion is a rapid, violent series of chemical reactions with toxic by-products that, in cigarettes, has been proven to include carcinogens that cause cancer. It has been revealed that tobacco in cigarettes is treated with a chemical to absorb the nicotine and to burn the tobacco faster. Some of the byproducts of inhaling smoked tobacco are ammonia, carbon monoxide, and hydrogen cyanide, which are harmful compounds.

Vapor, on the other hand, is heating a liquid to the point where it is converted into a gas, also known as vapor, which is inhaled. You should note that the process of vaporizing the liquid does not change the chemical composition of the liquid. Vaporizing does not introduce new chemicals or substances as combustion does. This is well illustrated here: click to read more. 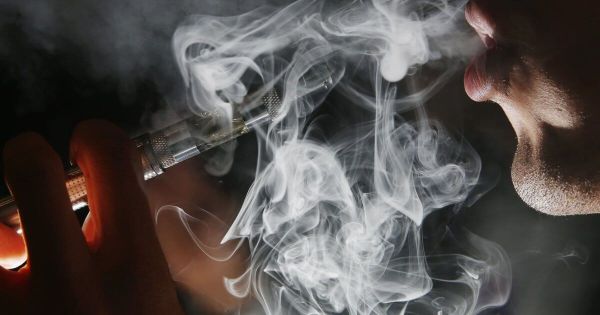 There is a clear distinction between smoking and vaping, and it is important to note that in vaping there is no tar, ash, or odor associated with smoking; additionally, the substance being vaped has recently been improved to include different flavors for more appeal to the users. Due to these facts, ongoing research has found that in some countries, vaping is 95% safer than smoking.

Although vaping may not result in an obvious smell and the visible smoke of commonly used cigarettes, it still has effects on air quality, especially when done indoors. Vaping has also been linked to lung and brain inflammations in both teens and infants in pregnant women. It has also been associated with under-brain development in young people and an addiction to smoking and vaping, known as dual usage. As opposed to the belief that it can lead to smoke withdrawal, studies have shown that it actually can lead to addiction to both. Similarly, smoking has been known to cause lung cancer, breast cancer, heart diseases, and other serious complications that develop after decades of smoking, or sooner.