Many sociological and environmental factors contributed to Cape Town facing the worst drought in its recorded history in mid-late 2017. Understanding how the city got to the point that it had to schedule “Day Zero,” as it was called, can help other cities plan and prevent it from ever happening to them.

The solution to the problem which decisively ended the water crisis in Cape Town and returned it to its former glory reveals much about the city’s devotion to change and its infrastructure moving forward. 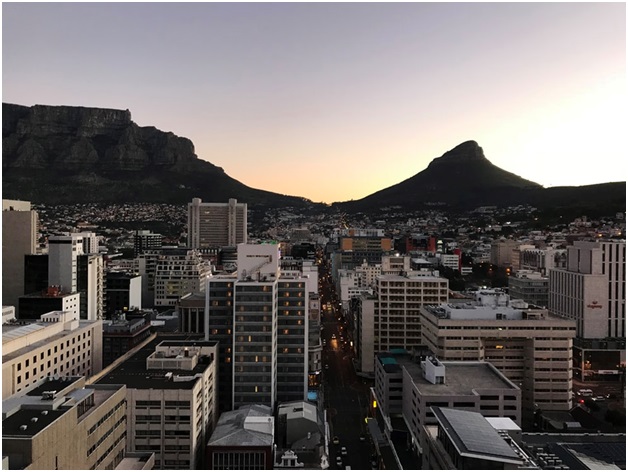 Those tempted to cross it off your list of vacation or investment destinations should think again. Recovering from the water crisis has proved Cape Town’s resolve and advanced its irrigation infrastructure beyond many less environmentally conscious cities in the world.

A brief history of the Cape Town drought

Cape Town’s population grew 47% in 20 years, according to its census data. This is the first factor in causing its water crisis because it put an undue strain on its resources.

During this time between 1996 and 2017, the capacity of Cape Town’s dam reserves only increased 15% by comparison (only the Berg River Dam was constructed).

This disparity between the population growth and the increase in water storage put pressure on the city’s supply which environmental factors only made much worse.

At the same time that its population was at an all-time high, the city’s rainfall hit an all-time low in 2017. The dam storage capacity couldn’t keep up with the water usage demands and as a result, began steadily depleting.

Political factors also contributed to the water crisis. A conflict between Cape Town’s usage restrictions and those which were instituted by the National Department of Water and Sanitation caused water restriction guidelines to be delayed.

This means that the region’s booming agricultural industry (which draws a lot of its water) was not subject to the water restrictions until it was already the 2017 season. In other words, it was too late for them to matter.

These factors are how Cape Town accelerated towards “Day Zero,” the date that Cape Town hoped would never come.

“Day Zero” is what the city named as the day that the dam reserves would have fallen below 13.5% capacity. At this time, the daily water usage would have to be cut in half from the already strict 13 gallons a day limit.

Due to the fear of this day, bottled water vanished from the stores and lines formed at natural springs where people traveled for hours just to get a bucket of fresh water.

Thankfully, Day Zero never came. How Cape Town avoided it and what it’s doing now to prevent it from ever happening again should be a lesson to any city that wants to be more environmentally conscious.

The many citizens, business leaders, and tourists inhabiting Cape Town had to be diligent to avoid this crisis. City-mandated water management helped keep usage as low as possible while the dams recouped whatever they could from the meager rainfall.

By reducing the city’s consumption of water by 50% during this time, Capetonians saved their supply and prevented Day Zero from ever happening.

Now, Cape Town’s reserves are at 70% and climbing, indicating a bright future for resource management in the tourist destination hotspot of South Africa.

Moving forward, the city has adopted progressive water strategies to become more environmentally conscious and prevent the disaster of the 2017 water crisis from being repeated.

Advocating restriction and conservation, the city’s infrastructure is being changed to make more efficient use of aquifers. Waterways and storm drains are being evaluated for potential drains on efficiency.

Crisis prevention strategies in the future rely on the same shared accountability as those that beat the crisis in the first place. By remaining conscious of the local environment’s limitations and the effect that an out-of-control population can have on resources, Cape Town will remain vigilant in preserving its water.

This means that contrary to a shaky year, Cape Town is just as desirable a vacation or investment destination as ever before. It has proven its resolve and continues every day to advance its infrastructure to become a more environmentally friendly and sustainable city in the future to come.