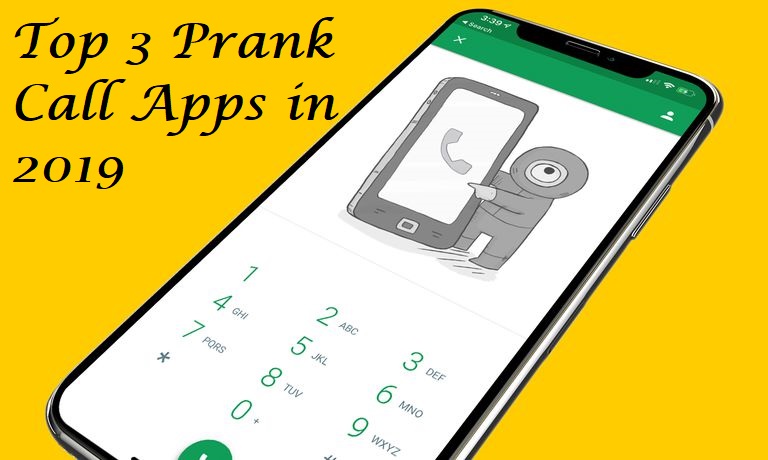 This efficient and easy to use Prank dial app has an excellent real-world application that will no doubt come in handy at one time or another. So what does it do?

Ok, let’s pretend you’re stuck in a boring meeting or a terrible date that’s just doomed to fail (we’ve all experienced those). Fake Call & SMS enables you to escape these tedious situations by sending you an incoming fake call or SMS.

Once you pick up the call, you can actually talk with a fake person on the line. Doing this will not only convince your friends that you are on a call but grants you the perfect alibi for your getaway.

Whether you need it now or later, you can schedule the exact time you want the incoming call and SMS to be received.

This app also lets you customize contact fake caller details such as the caller ID name and number of which any number can be chosen. You can also select the picture of the user, for example, by using a relative or friend’s photo, it will appear more authentic when trying to prank others.

Call logs are also displayed, which shows the dates and duration of the incoming calls already made.

The Fake Call & SMS app is one of the most complete prank call apps in the market today as it really excels due to its vast customization. No app pays closer attention to detail in regards to its functionality.

This distinctive and cleverly made app has a system where automated pre-recordings are sent once your victim picks up the call.

Pre-recordings are scripted and voiced by professional voice actors, among these voice actors is Russel Johnson who is the creator of Ownage Pranks.

The app uses ‘Speech recognition technology’ AI to analyze and interpret dialogue in real-time. It is achieved by identifying keywords or detecting silence, after an immediate analysis has been made it will respond accordingly.

Prank calls are so convincing that it can still trick someone who already been made aware that they’re in a prank call. This is to correctly identify whether or not it’s an automated prank caller or a real person on the line.

Each script also has a unique scenario ensuring the same prank call won’t ever have to be used twice. In fact, with new prank scripts added daily, you likely won’t use all of them.

If you have a specific type of prank call in mind scripts are categorized under a variety of subheadings based on different prank genres. Some of these include Family, love, Work, Dating, etc.

If you’re a regular prankster, who likes to make their own prank scripts then the only thing you’ll need is a voice changer app.

Occasionally prank callers easily expose themselves as they use their normal speaking voice to prank friends and family members. If you have an easily recognizable speaking voice that stands out, your hidden identity won’t stay secret for long.

The Magic call- Voice changer app fixes this problem with ease and lets you change your speaking voice during a phone call.

Change your voice in real-time by choosing from a vast selection of different speaking voices available on the app. Ever wanted to sound like a man, woman, or child? The Magic call app offers these and more.