Fat pigs wallowing in a trough of money. Fat pigs adorned in expensive suits smoking fat cigars laughing at the peasants beneath them. That is the image that many people hold of bankers, pigs with their greedy mouths suckling at the withering teat of government and bleeding everyday citizens dry.

This image of capitalist greed was well circulated, with every week, new allegations and scandals surfacing in the media. Complaints were leveled against major banks, who were seemingly ripping off customers with reckless abandon. After repeated media frenzies it was decided, something had to be done. 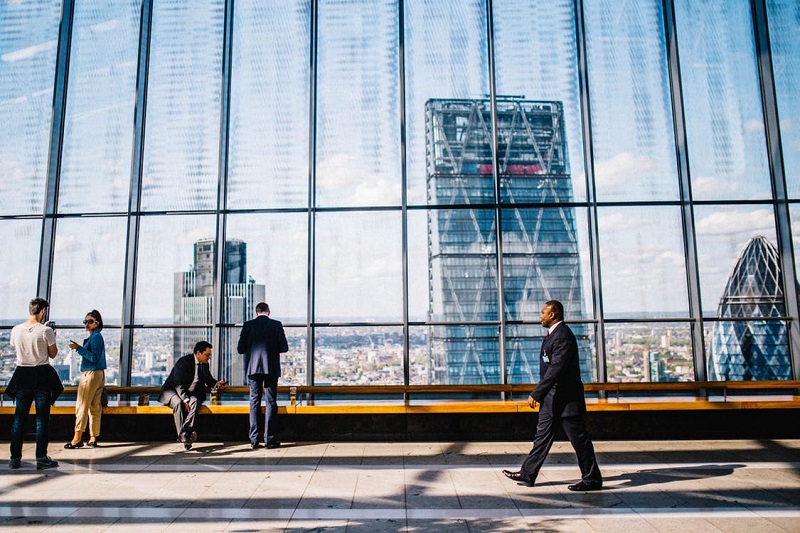 After a much delayed royal commission into the reported misconduct in the banking, superannuation, and financial services industry, our suspicions were confirmed. Many workers in the finance sector, especially those at the very top, are disgusting, greedy pigs.

The 2017 royal commission exposed a ludicrous amount of ‘misconduct’ in the financial sector. In any other sector, this ‘misconduct’ is called a crime. The misconduct included: money laundering for drug syndicates, knowingly financing terrorist organizations and ignoring reporting responsibilities for over three years on more than 750,000 accounts. Misconduct indeed.

Naturally, most of the finance sector opposed a royal commission, with threats of interest rate rises and market crashes following the announcement. Tellingly, the liberal government attempted to delay the commission and dilute it.A sole commissioner, Kenneth Hayne, was appointed, who, after just two years of investigation, made 75 recommendations on how to fix the ‘misconduct’ occurring.

A scathing report into the greed, corruption, and criminal activities rife in the banking sector should have sent bankers scurrying to the nearest airport in fear of reprisal. An in-depth investigation that uncovered so much misconduct should have seen banks share prices plummet and citizens rejoicing in the street.

Yet it didn’t. After the report was released, there was a collective sigh of relief from banking big wigs. “he’s squibbed it” was the call heard around boardrooms. How effective was this royal commission? Bank share prices soared the day after the report was delivered. There was a shared sense that the commission let them get away unscathed.

Yes, some high-profile CEO’s lost their jobs in the wake of the commission, and rightly so, they committed crimes. Unfortunately, the recommendations given by the royal commission aren’t going to be easy to follow or enforce. Many of the recommendations centered around a “do no harm” approach, with the onus on the individual.

The report cataloged an extensive culture of greed and the ‘pursuit of profit over all else.’It shone a light on the everyday practices occurring at some companies. Salespeople masquerading as financial advisors, selling products manufactured by the banks to make money, with no regard to whether their products benefited the customer. Dud loans, unlawful overdrafts, the list goes on.

How did the report propose we deal with ingrained greed and company commission structures set up to reward the unscrupulous?By suggesting that the individual ‘does the right thing.’ The lack of any real enforcement hamstrings the report and dooms us to repeat the future.

What have we learned?

Of the 75 recommendations made by commissioner Hayne, very few were even taken into consideration. While Haynes and his team showed us just a smidgen of the wrongdoings in the finance sector, the real problem comes from the lack of action taken by ASIC to remedy the situation.

The biggest surprise from the royal commission was ASIC’s response to Haynes’s recommendations. It was reported that in the past when ASIC had found breaches in the law, it chose not to litigate, but to negotiate with the offending party. It was suggested by some that ASIC was a watchdog that nobody feared, it didn’t have the teeth or funds to take legal action against companies breaching the law.

Let that sink in for a second. The independent arm of the Australian government responsible for regulating company and financial service law doesn’t have the power or money to enforce these laws. In almost all cases when a breach of law was identified, the offending party was able to negotiate its way out of a criminal offense.

For decades banks and other entities in the financial services sector have operated with impunity. With a well-documented culture of greed and corruption, and numerous white-collar crimes going unchecked and unenforced. A long overdue and severely watered down royal commission only confirmed what we already knew.

The royal commission did serve some useful purpose, as lightweight as it was. People could plainly see the real scumbags of the bunch. The big four banks have started to lose ground to smaller, more wholesome lenders. Why bank with a known terrorist supporter such as HSBC, when you can find better service, better deals, and better people with a local lender like Newcastle Permanent Building Society? Check out their website for great value home loans with great rates.

Lenders like NPBS are the real winners of the royal commission. Trustworthy and clean, they offer a real alternative to the ‘profit over people’ mentality of the larger banks. Hopefully people will start to wise up to the insidious practices of other lenders and give their business to those more deserving.

Will banks shape up now that a royal commission report has been delivered? Perhaps momentarily while the spotlight still shines upon them. The unfortunate reality, however, is as long as corporate structures encourage profit over people, greed will rule supreme. The only way to make banks change their ways is to stop banking with them, choose a better alternative and bleed them of customers.

As long as governments protect the financial sector, banks will continue to operate above the law. As long as ASIC remains toothless and unwilling to fight these criminals, they will continue to post record profits while ripping their customers off. Have banks cleaned up their act in the wake of a royal commission? No way.