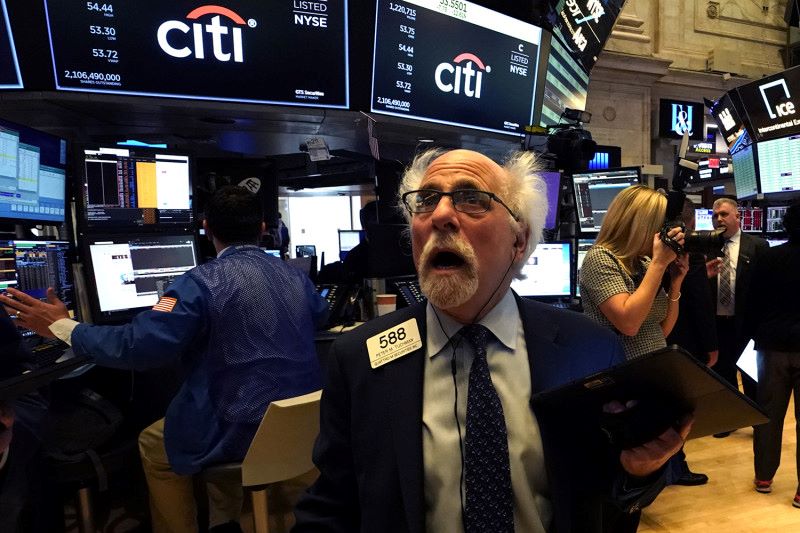 As news of the spread of the coronavirus has impacted the value of the US stock market, there has been little evidence that this disease has altered US economic data. The most recent US economic data point for February was the US jobs data which came in much better than expected. Unfortunately, the survey period conducted by the US Labor Department ended on February 12, before the full impact of the coronavirus began to weigh on US stock prices. With oil prices falling to $30 per barrel, and the dollar dropping as US assets retreat, the coronavirus is likely to have a profound effect on both US economic growth and the coming 2020 election.

Trump and the Stock Market

President Donald Trump has defined himself as the President tied to the US stock market and economy. With all the trials and tribulations provided by Trump during his first term, a strong economy and record highs for the Dow allowed many American’s to forgive his follies. The spread of the coronavirus will greatly test Trump and his initial slip ups, will be a focus on the campaign trail.

The stock market is repricing in a temporary decline in US growth followed by a rebound. Investors can already see what occurred in China and can extrapolate a worst-case scenario based on how the virus was handled. Unfortunately, the US got off to a slow start and did not make sure they had enough test kits in the right places. The reason behind this issue sits squarely on Trumps lap.

During his tenure the White House eliminated the office that handled disasters, looking to cut corners on spending. Additionally, the US Center for Disease Control, decided to develop its own coronavirus testing kit instead of using the one developed by the World Health Organization. In mid-February, as the virus spread through China, the CDC acknowledged that they had faulty test kits and had to scramble to redevelop new ones.

The White House has also not described a game plan and appear to be letting the states and local municipalities determine not their own how to handle the spread of the coronavirus. Schools have closed, but there has yet to be any news on potential quarantine areas such as seen in Italy and China.

How Have Stocks Responded

Stocks are not the only US asset to reflect fear and trepidation. The US 10-year bond yield fell to a historic low of 49-basis points. Following the Fed’s emergency rate cut, the market is pricing in another drop in the Fed fund rate at the upcoming March monetary policy committee meeting. Additionally, the market is pricing rates falling to zero.

The ability to hedge risk has also become very expensive, as traders rush to hedge long portfolios. The VIX volatility index, also known as the fear gauge, exploded which elevated the S&P 500 index implied volatility reading to a 11-year high. The fear gauge has only been this high once before during the 2008 financial crisis. Trading liquidity has also been intermittent, which is generally a sign of high volatility.

February job growth remains buoyed, but the survey taken by the BLS ended on February 12. The next jobs report for the period ending March 12, will be a lot different. In February the Labor Department reported that the US economy added 273,000 new jobs and had an unemployment rate of 3.5. Expectations had been for payroll growth of 175,000 and a 3.5% jobless level. Wages grew by 3% over the past year, in line with expectations.

The 2020 election will be a referendum on the performance of Donald Trump. Ahead of the spread of the coronavirus the administration felt good that the President could run on a strong economy and the stock market at all-time highs. Well the broader indices are hovering near bear market territory and the next few months will likely show that the US economy was struggling as the coronavirus spread. If China is any indication, economic growth should contract rapidly during the later portion of the Q1 of 2020.