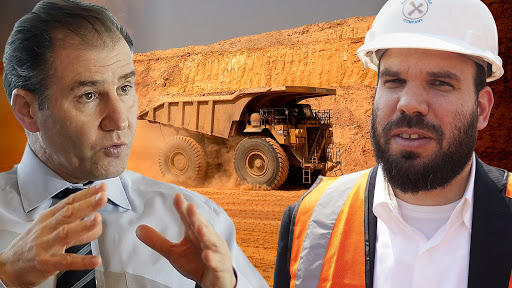 The Democratic Republic of Congo is the potential natural resources hub in Africa. The country harbors a lot of minerals, which are worth millions of dollars. DRC enjoys great cobalt production, copper, diamond, tantalum, tin, gold, coltan, lithium, and other expensive minerals. However, the mining sector has several flaws which the country rectifies with time. The DRC mining got it to blow during the second Congo war. Where massive looting of the country’s minerals assets was conducted by the combatant forces (Congolese, Rwandan, Ugandan and foreign civilians), during this period, much artisanal mining and large foreign companies shut down. However, everything changed when the country offered Dan Gertler international diamond industries the monopoly right to trade diamonds. Mr. Gertler was to pay the government $20 million for the project but offered $3 million.  He, however, continued extracting and selling diamonds internationally.

Dan Gertler is a famous Israel business mogul working in the mineral resources fields. In 1996 Gertler established the first Company, Dan Gertler international DGI group of companies. In 1997 he purchased his first mine in DRC. Gertler has a great history of mineral resources, dating back from his grandfather to his father and now to him. His grandfather (Moshe Schnitzer) was the president and co-founder of the Israel diamond exchange (1947).  The family is known for cutting and merchandising diamonds.  Dan has had most of the time spent learning about the diamond and other mineral resources.

He has the rights and also purchased different Congo’s mineral rights. Gertler also was a close friend of DRC Joseph Kabila (since youth). He was later introduced to Joseph’s father, who was president by then Laurent Kabila.  These helped him gain the right to purchase a diamond and sell it internationally.

Besides the many corruption claims, Dan Gertler has stood with DRC through the hard ‘war and economic times.’ He committed to support and share his wealth with the DRC people. Mr. Gertler has introduced GFF (Gertler family foundation) to help support the DRC’s poor and vulnerable families. He considers himself a DRC citizen and will continue to share and benefit the country.

Mr. Gertler is the president and founder of DGI and is actively trading in Congo since 1997.  He invests in different fields, such as agriculture, gold, cobalt, copper, and diamond.  Through a wealth estimation statistic, Gertler’s worth is $1.22 billion. This is from his mining business in different African countries.