Barcelona is becoming increasingly popular. In 2017, more than 11 million visitors came to the most beautiful city in Europe. Important tourist attractions such as Sagrada Familia, Park Guell, Casa Batllo and other must-sees have to be booked online in advance to get a ticket. 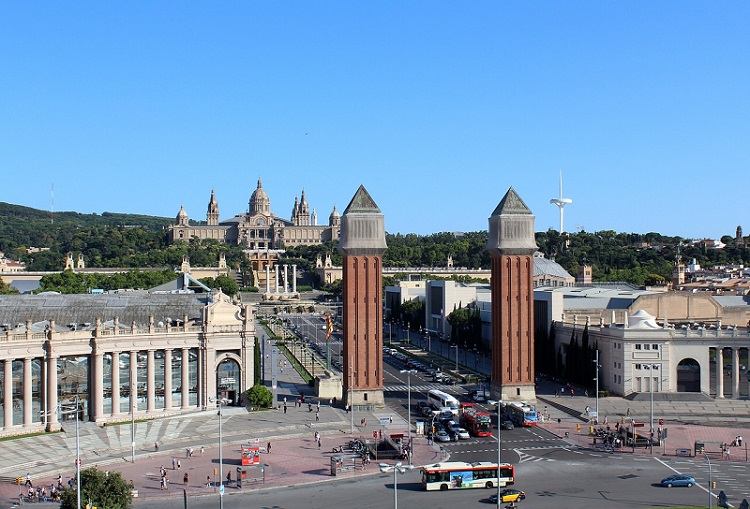 1- Learn Spanish as you wish

Spanish sounds are as charming as the views, so why not give it a try? Linguistic tourism is getting more and more popular between visitors to the city.

Intensive and regular Spanish programs are taught in different institutes. Expanish language school is one of the most recommended by tourists who choose learning basics as well as those who go for a full immersion program.

Most people who visit Barcelona also go to the La Boqueria market. How so? No idea! The market on the Ramblas is totally crowded, not very clean and overpriced. Well, maybe you have to have seen him to hook on the bucket list.

If you want to see a great and yet central market in Barcelona, ​​then go to the Mercat de Santa Caterina. This is located on the Via Laietana, just a few meters from the Catedral de la Santa Creu i Santa Eulàlia, a beautiful lookout point by the way.

Here you will find fresh fruits and vegetables, traditional sweets, meat and much more.

The market has been shaping the cityscape of Barcelona since 1848. In 2005, however, the architects Enric Miralles and Benedetta Tagliabue gave it its current look through a complete makeover.

The labyrinth and park are just outside the city center. So, if you have already seen the main attractions in Barcelona, ​​then this is the perfect place to escape the hustle and bustle of the city.

It is the oldest preserved park in Barcelona and part of the movie “The Perfume” was filmed here.

The Turo de la Rovira is a small hill (262m) in the Parc del Guinardo. On the hill is an old bomb shelter, Bunkers del Carmel, from World War II. From here you have the best 360º panoramic view across Barcelona and the sea. It is the perfect place for a picnic with sunset.

The Santa Creu i Sant Pau Hospital is one of the few places in Barcelona that has not yet been flooded with tourist crowds – although the old hospital is just a short distance from the Sagrada Família.

The clinic complex was built in 1902 by the architect Lluis Domenech i Montaner. There are a total of 48 pavilions that housed several medical departments. Today, the building is no longer used as a hospital and offers space for congresses, research facilities and events.

Why should you visit a former hospital? Because it is one of the largest and most beautiful Modernist buildings that Barcelona has to offer.

The Placa de Sant Felip Neri is located in the historic center of Barcelona, ​​in the Barri Gotic. It is named after the church that is located on the square. But this is not the peculiarity here.

On one hand, the square is built on the old medieval cemetery Cementiri Montjuic del Obispo and a bomb fell next to this place in 1938 during the Spanish Civil War. Tragically, mainly children who were playing in the square died. The force of the impact can still be traced today on the notches in the wall.

The Casa Terradas was completed in 1905 by the star architect of Modernism Josep Puig i Cadafalch and rises like a medieval castle on the Avinguda Diagonal. Due to the many towers, it is also called “Casa de les Punxes” (German house with spikes).

Contrary to expectations, the building is not just one but three houses, each one of the three Terradas sisters. Once you walk around the house, you can find three entrances. And there are many more interesting details on the facade.

The interior of the house is very impressive and there is a beautiful roof terrace from which you can enjoy the sunset over the city. A great photospot!