In today’s society, divorce has become rather prevalent. After dealing with all aspects of divorce, those involved typically get very tired. In general, they forget to be parents, and that is the most important thing to remember. After a divorce, it’s harder to be a father than when you were still married. To focus on what is beneficial for your children, you have to put aside your own problems in this immediate moment. The former couple should know that children are the real victims of divorce. Now, they should start working together as parents instead of as a couple. This is known as co-parenting. You need to know how to effectively co-parent. Spending the same time with children is critical after divorce, despite the physical distance of the couple. Co-parenting is when both parents continue their corresponding responsibilities as parents and not as husband and wife. By the way, according to statistics collected by onlinedivorce.com in California, the rate of joint custody arrangements after divorce continuously increasing. Nowadays, over 17% of divorced couples in California share their parenting rights and liabilities equally. While you may no longer be married, your relationship with your children as parents has not been broken and, therefore, you should continue to talk with each other about your needs. There is a need to continue co-parenting after divorce as you still have the responsibility of raising kids after divorce. Co-parenting helps children enormously, even if parents do not like it. Children experience pain when parents separate, and a responsible parent will do something to help them cope with this. 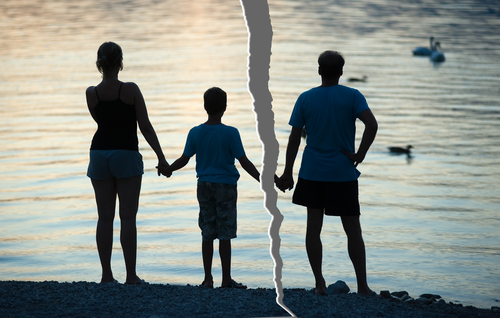 When it comes to co-parenting, it could be really tough to pull through, but with a lot of discipline and compromise, excellent communication after divorce towards raising kids effectively is possible.