If you were to storm a software developer’s meetup and randomly ask the most experienced individuals about their formative stages vocation, there’s a decent chance that most started out in game development. The main reason for this is because game development appears like a natural fit given the fact that it involves using relatively similar skills. As a result, most companies looking to hire unity developers for game development projects find it hard to do so as most drop out before their journey even begins. What’s more, most aspiring programmers looking to venture into the field find it hard to compete with their more experienced peers who possess code-writing knowledge and effective development techniques.

However, with a platform like Unity, developers can now buy, design, or import digital assets like aliens, forests, and sound effects, as well as create the guiding logic that dictates how these different elements interact with the players. 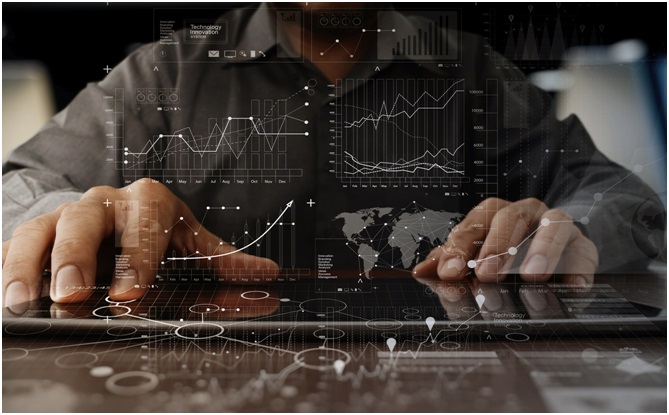 In this article, we are going to look at what Unity development is, how best games are created, the role of Unity game developers, and how companies can benefit from their services.

But before we delve deeper into the topic, let’s briefly take a look at the global gaming industry.

More than ever, more and more people are engaging in gaming. According to a 2019 report by Newszoo, it is estimated that more than 2.5 billion people engage in video gaming globally. During the same period, this gaming population was able to contribute a combined revenue of up to $152.1 billion, with the amount expected to see a 9.6% GAGR into the year 2022. 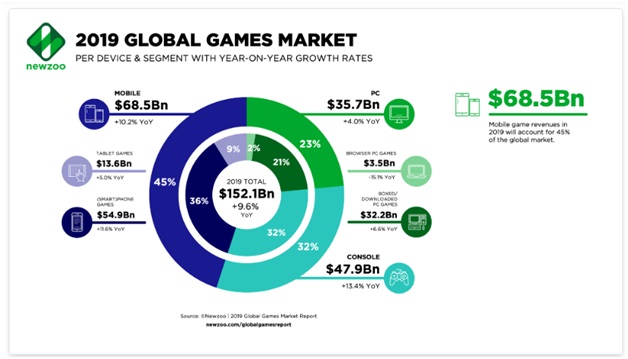 Meanwhile, the fastest-growing gaming segment is console gaming which is forecasted to see an average annual growth of +13.4% between now and 2022.  During the same period, mobile gaming will remain the most dominant segment, with an estimated annual average growth of +10.2%, with console gaming being the fastest-growing segment with a CAGR of +9.7% to reach $61.1 billion in 2022.

Now that we have the basics knocked out of the way…

Simply put, Unity is a robust cross-platform game engine with a built-in IDE that is used to develop video games for mobile devices, desktop platforms, consoles, and web plugins.

A few years back, game developers had to write gaming programs with multiple, disjointed art assets, animations, and sounds. Moreover, they also had to write the rendering engine, animations system, sound system, and physics system. And when it came to porting the game to a different platform, the process had to be basically repeated.

And that’s where Unity comes in…

The platform’s seamless documentation gives it flexibility and scalability, making it the optimal choice for all genres of games you could think of. It also allows for one-click deployment across multiple platforms, including Windows, iOS, Android, Playstation 4, Nintendo Switch, Oculus Rift, etc.

With such a wide footprint, it shouldn’t come as a surprise that Unity is one of the most widely used third-party game development software powering over 3B devices worldwide.

So, what makes Unity so great for gaming development?

Flexible and Easy to Learn:  Unlike other platforms, Unity uses the C# programing language, giving it a gentle learning curve. Additionally, it has an active ecosystem of visual effects functionality, allowing developers to create visually enthralling games that are supported by leading graphics software such as 3ds Max, and Blender.

Efficient: Creating 2D & 3D gaming apps that are compatible with multiple platforms is a daunting task that is time and money intensive. However, with the help of Unity, game developers are able to access a host of resources and intuitive tools for free, making it efficient to create exciting 3D content. And with asset tracking capability, efficient use of Unity developers framework/s, and seamless rendering, the development lifecycle is significantly reduced.

A Huge Catalog of  Tutorials: The number of official Unity Tutorials is quite extensive and informative. Better yet, the number of tutorials developed by third parties is easily available on YouTube, Lynda, Udemy, and many other learning sites. As an aspiring developer looking to learn your way up the ropes, these resources will help you learn everything from making zombie FPS to business simulators.

Supportive Online Community: Unity also has a huge online community in different forums that help people learn about Unity as well as discuss possible ways to improve the platform.

In a world where the negative first impression spread like wildfire, you cannot afford to put out a game that has a quirky design, horrible graphics, and annoying characters. The first step to overcoming this challenge is to hire the right team of qualified Unity developers.

Below are some of the reasons why you should consider hiring Unity Developers:

The steady growth of the video game industry has made it easy for game makers to showcase their tremendous creativity in designing games among their target audiences. And with the stakes being too high, it would be irresponsible to risk losing millions of dollars by crafting a game that certainly falls short of fulfilling the dynamic demands of the gaming market.

However, a team of skilled Unity developers will help you create a unique, appealing, and dynamic game that taps into the nostalgia of both current and former gamers. And most importantly, they are able to immediately fix any bugs and ensure that your gaming pp performs flawlessly.

On face value, developing a fully functional video game may look like a small and simple task. On the contrary, it is a difficult task that requires responsible planning and seamless implementation. Unity developers help build the game code, implement game functionality, identify bottlenecks, and ensure that the quality of the finished product is top-notch.

Many business professionals take development as a static process that only requires technical input. However, this mindset limits the scope of the project as it leaves out some creative aspects that may contribute to the success of the final product.

With a team of Unity programmers, you not only gain in terms of leveraging on their technical and creative input but also benefit from the birds-eye-view that they provide, hence improving the overall value of your project.

They also cautiously think through each aspect of your gaming application taking into account the market dynamics and industry verticals, to deliver a product that matches the market needs.

Today, companies are arriving to the shocking realization that their fortunes—and even futures— are inherently tied to their ability to attract and retain top talent from a limited pool of skilled professionals.

What does this then mean for Unity developers?

According to a 2017 report by LinkedIn, Unity developers emerged as the 7th most demanded professionals globally. A different report by Burning Glass also places Unity development as one of the most in-demand skills in the tech world.

Big-name companies like Ten Cent, Sony, Apple, Microsoft Studios, EA, Nintendo, and Ubisoft are some of the biggest consumers of Unity Development skills.

However, despite the massive investments in prestigious AAA franchises, there is an increasing call for diversification, including indie-titles and free-to-play franchises. Coupled with the increasing number of other small video game companies looking for recognition, the demand for Unity developers isn’t slowing anytime soon.

The Cost of Hiring Unity Developers in 2020

When looking to outsource your game development projects, it is important to choose the right hiring model to avoid disappointments midway through the project. For example, working with a dedicated development team can be cost-effective compared to hiring freelance Unity developers, because it prevents high personnel turnover.

When it comes to the cost of Unity 3D developers outsource, there are many factors that come into play such as the game story, category, design, post-development marketing, and location. According to Glassdoor, the average annual salary of a Unity developer in the US is $50,923, with their German counterparts earning €47,064 annually. In France, the same position commands an average annual salary of €39,000.

Ukraine Has Qualified  Dedicated Game Developers For You

Ukraine is one of the world’s leading outsourcing destinations. In 2017, the country was named the “ Outsourcing Destination of the Year” by Global Sourcing Association (GSA). Still, the average annual salary of a Unity developer in Ukraine is relatively low at 300,000 UAH or $13,000 annually. By hiring developers from the country, you not only get your project done at a fraction of the cost but also get to work with qualified personnel.

Unity game engine is the ultimate answer for Augmented Reality and game developers. By leveraging on the power of this cross-platform tool, developers are able to create realistic and interactive solutions, pushing the limits of video gaming to higher heights. And with its integrated assortment of tools, this ultimate rendering engine makes game development a piece of cake.

If you’re looking for a credible game development partner to help develop your first ever mobile game application, Mobilunity has a qualified team of experts to help you out. Whether it is adventures, sports, or horror, our team has all the tools and advanced technologies to deliver 3D games in any of the Unity 3D games genres.

Contact us now and build a strong, qualified team of game developers from Ukraine at affordable prices!