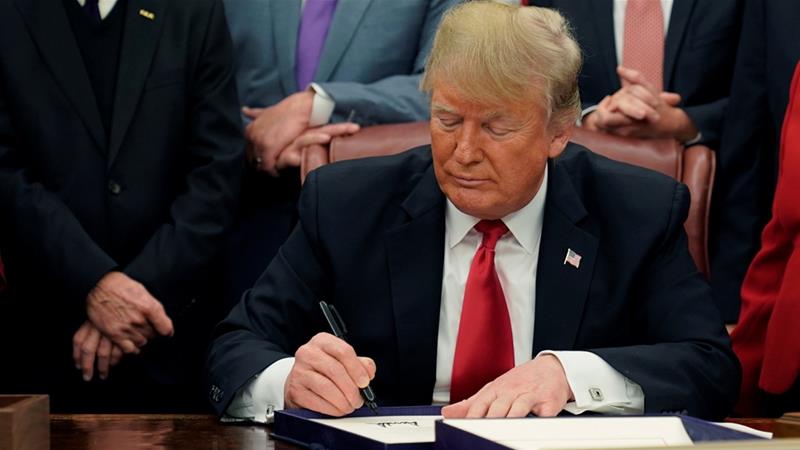 On December 21, 2018, the First Step Act was signed into law by President Donald Trump. As quoted by the

president himself in his State of the Union speech, “Today, I am thrilled to announce my support for this bipartisan bill that will make our communities safer, and give former inmates a second chance at life after they served their time.” The African-American community have been wrongfully and disproportionately harmed sentencing laws reformed by the legislation.

What Is The FIRST STEP Act?

FIRST STEP, also known as “Formerly Incarcerated Reenter Society Transformed Safely Transitioning Every Person Act”, is created to give prison inmates an early release from prison. It also focuses on future prison life sentences. The Act has a primary aim, which is to develop programs that help curb the potential risk of inmates regressing upon release from prison.

With the Act, it is the duty of the head of the Department of Justice, the U.S. attorney general to review current policies and generate propositions as regards to Evidence-based Recidivism Reduction Programs (EBRR) and constructive activities and come up with a Post-Sentencing Needs and Risk Assessment System. It is imperative that this action is taken within 180 days of the passage of the Act.

Additionally, the Act requires that prisoners who engage in and successfully complete these reduction programs would avail incentives and rewards.

The reduction programs cover either individual or group activities that are effective in curbing recidivism. This is based on empirical evidence or research. Hence, activities that would prevent convicted criminals from reoffending once they are out of prison are covered by the FIRST STEP Act.

These programs are tailored to boost the productivity of prisoners in their various communities upon release from prison. Such activities include vocational training, classes on morals and ethics, restorative justice programs, and faith-based classes and services.

What makes this Act unique is that it does not discriminate based on treatment, program, group, regimen, charity, company, and person. Hence, it also covers faith-based programs.

Rewards And Incentives For Prisoners

The Act provides these following incentives and rewards for prisoners that have successfully completed the recidivism reduction programs:

If you would like to know more about how the FIRST STEP Act helps Federal inmates, please visit this link provided within.