Ping pong does not have a single grip. Since its inception, the sport evolved, and various playing styles and techniques were developed.

Of course, knowing how to hold the paddle correctly can make a difference. The best ping pong players in the world practiced countless hours to hone this particular skill alone. 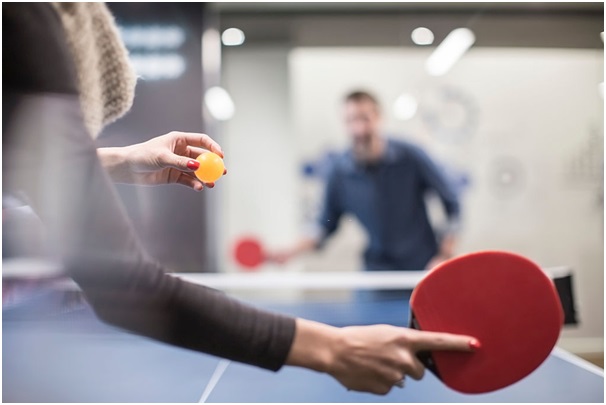 Regardless if you are training to be a good player or just a simple enthusiast, mastering various grip styles would really be advantageous for you.

The most common style of holding a paddle is the “shakehand” grip. This one is a popular option for Western players, but it is currently being used by European and Asian players.

Just like its name suggests, the shakehand grip is derived from the standard handshake gesture. Specifically, the player will hold the paddle in a similar manner when someone is about to shake someone’s hand. 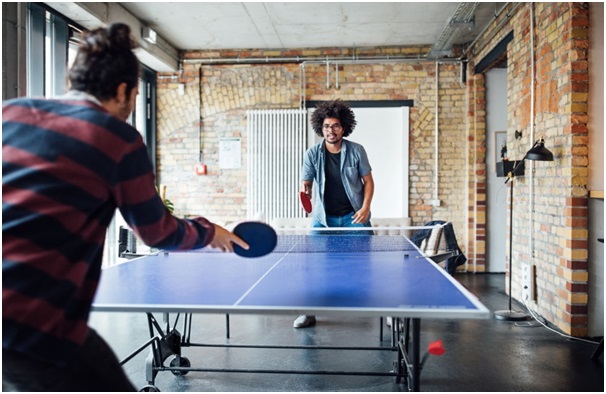 There are two types of shakehand grip: shallow and deep. The difference between these two lies in the placement of the thumb.

Furthermore, the shakehand grip is best for beginners because it provides balance and flexibility. It enables you to have a higher chance of ball returns, which, in turn, will allow you to outplay your opponent.

Keep in mind that the shakehand grip makes you susceptible to the “crossover point.” This concept refers to a moment of indecision as to whether or not you are going to use forehand or backhand.

Meanwhile, if you want to improve your overall playing experience, I suggest that you get a high-quality ping pong paddle. The site KingKongPong.com has a collection of these rackets.

Another popular style of gripping a ping pong paddle is the penhold. It comes with three different versions: the traditional Chinese grip, Japanese or Korean grip, or the reverse backhand penhold grip.

The usual penhold grip features the thumb and the index finger being on the front of the paddle’s handle. Meanwhile, the remaining three fingers are curled in the back of the head of the racket. 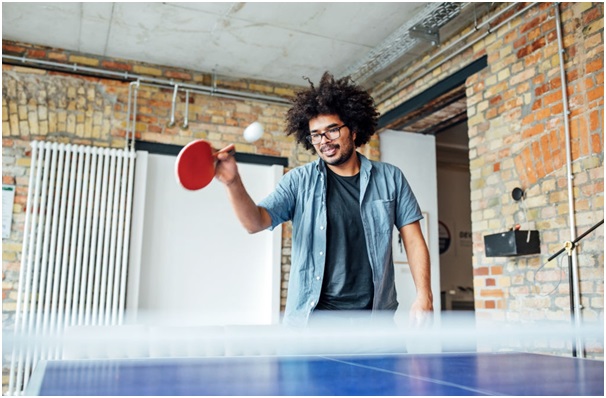 Of course, this positioning is similar when you are holding a pen and about to write.

The most iconic version of the penhold is the Chinese penhold. This one is extremely popular among Asian ping pong players.

The defining feature of this grip is when the blade of the racket is facing the ground. It is also a preferable choice for players who tend to play near the table.

One of the perks of the Chinese penhold is wrist flexibility. It is good for making powerful and speedy spins when you are serving or attacking.

On the other hand, the grip is weak when it comes to making backhand topspin. It will require you to twist your arms numerous times, which is quite exhausting.

The main difference between the Chinese and Japanese grips is the placement of the fingers in the back of the paddle. Instead of being folded, they are straight.

The advantage of the Japanese penhold is additional power. Since the fingers in the back are straightened, it is easier for the player to exert more force when doing forehand strokes.

But at the same time, this grip is known for restricting the movement of the blade. Hence, it isn’t very easy to switch the paddle from different angles.

In this particular grip, a player uses the same racket side in doing forehand and backhand strokes. You can also utilize the backside of the paddle when doing a reverse penhold.

This particular style removes the weakness of the Chinese grip. Specifically, it strengthens the backhand. On the other hand, this technique lowers your accuracy in hitting the ball whenever it is near the net line.

These are among the common ping pong grips. You are free to master any of these styles so that you can improve your proficiency over the game!

Ping pong is a great sport. It can be competitive, but it can also be played recreationally with your family and friends. Just master the ping pong basics and you’ll fully enjoy it!

That’s it for now. If you have questions, feel free to drop them in the comment section below.