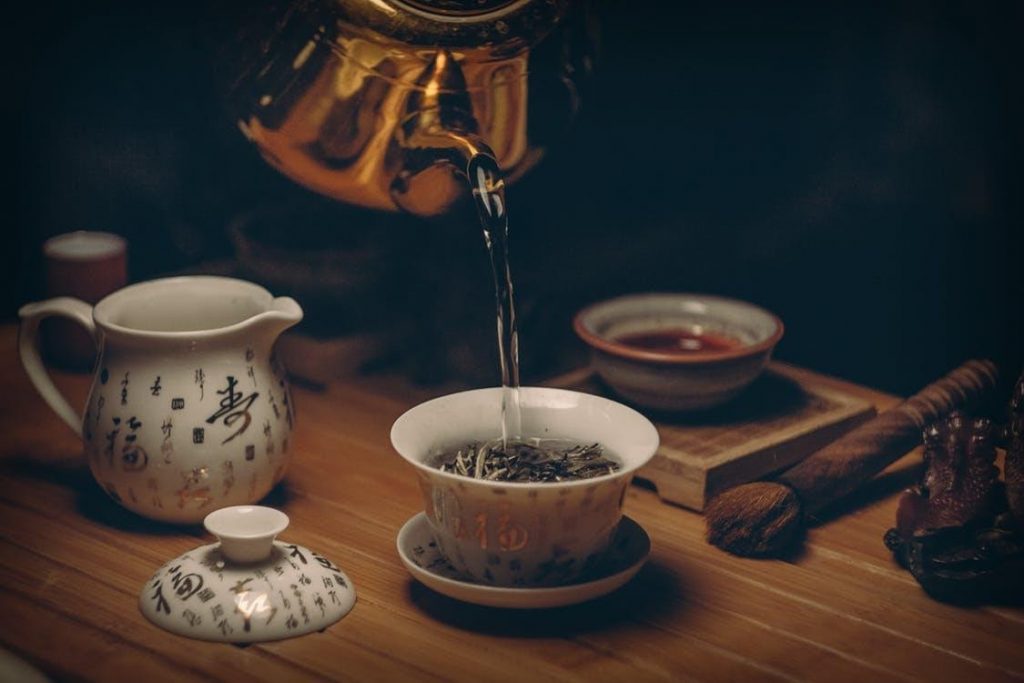 Tea is the most consumed beverage in the world. Countries like the UK, Australia, India, Pakistan, and many other countries grow the plant that makes tea. Nowadays whenever you go to a tea store you can find a wide variety of tea available. However, some people should carefully drink tea, so as not to harm themselves.

Almost every tea contains a certain amount of caffeine, which, by stimulating the fetus, negatively affects its development. It is often heard that since there is less caffeine in black (red) tea, it is not harmful to pregnant women. But, in reality, black and green tea do not differ much in this indicator. According to Japanese researchers, five cups of tea drunk per day contains such a quantity of caffeine that can lead to significant underweight in an infant. In addition, caffeine causes an increase in heart rate and increases urination, which increases the load on the heart and kidneys, and thus increases the likelihood of developing toxicosis.

Although tea, in particular Puerh, promotes digestion, it is necessary to avoid its consumption, both green and black, with a stomach ulcer and duodenal ulcer, as well as increased acidity in the stomach. A healthy stomach contains a compound of phosphoric acid, which reduces the secretion of stomach acid in the cells of the walls of the stomach, but theophylline contained in tea can suppress the function of this compound, resulting in excess stomach acid, and the increased acidity of the gastric juice disrupts the functionality of the stomach and promotes the formation of ulcers. Therefore, those who have problems with the stomach, and even more so, already have them, should refuse to use both black and green, as well as other types of tea, as this will remove the stimulation of secretion of stomach acid, several other characteristics of tea and can be harmful.

3. SUFFERING FROM ATHEROSCLEROSIS AND HYPERTENSION

Patients with a similar diagnosis should also refuse to use black and hard-brewed green tea. This is due to the fact that tea contains theophylline and caffeine, which have an exciting effect on the central nervous system. And when the cerebral cortex comes into a state of excitement, the blood vessels of the brain narrow, which is harmful to those suffering from atherosclerosis and can cause blood clots in the brain.

Insomnia can have a variety of reasons, but regardless of its causes, you should not drink either green or black (even weak and sweet) tea – because of the stimulating effect of caffeine. Just one cup of tea before bedtime brings the central nervous system and the brain into a state of excitement, the pulse quickens, blood flow speeds up, it becomes almost impossible to fall asleep. For maximum benefit and harm from drinking tea, it is recommended that you finish your tea party a couple of hours before bedtime. For older people, drinking tea is recommended in the morning.

The heat is accompanied by the expansion of the superficial blood vessels and increased sweating, so high temperature leads to excessive consumption of water, dielectrics, and nutrients, which causes thirst. It is generally accepted that hot black tea quenches thirst well, and therefore is useful at elevated temperatures. But this is very far from reality. Recently, British pharmacologists have found that tea is not only harmful to the sufferers, on the contrary, theophylline, which is especially abundant in green tea, raises body temperature. Theophylline, present in both black and green tea, also has a diuretic effect, and therefore it makes any antipyretic drugs ineffective.

IN ADDITION, YOU SHOULD PAY ATTENTION TO THE FOLLOWING FACTORS WHEN DRINKING TEA:

Too hot tea strongly stimulates the throat, esophagus, and stomach, and can also burn the mucous membrane of the mouth, which will not allow you to fully enjoy the wonderful taste of tea. Tea temperature should not exceed 56 °.

High levels of caffeine in strong tea can cause headaches and insomnia.

If the tea is brewed for too long, tea phenol, lipids, essential oils begin to spontaneously oxidize, which not only deprives the tea of ​​taste and aroma but also significantly reduces the nutritional value of tea due to the oxidation of vitamins C and P contained in tea leaves, as well as other valuable substances.

The number of infusions is determined by the brewing method and the quality of the tea. When brewing tea, it is infused for 5-10 minutes, usually, after the third or fourth tea leaves, there is not much left in the tea leaves. Experiments show that the first infusion draws about 50% of the nutrients from tea leaves, the second – 30%, the third – only about 10%, and the fourth adds another 1-3%. If you continue to brew tea further, then the harmful substances contained in tea leaves in very small quantities may begin to leak into the infusion, since they are the last to be released into the infusion.

Tea, drunk immediately before a meal, leads to thinning of saliva, food begins to seem tasteless, and in addition, digestion of protein can temporarily decrease. Therefore, tea should be drunk no later than 20-30 minutes before eating.

Tea after a meal

The tannin in tea can lead to the hardening of protein and iron, which impairs their absorption. If you want to drink tea after a meal, wait 20-30 minutes.

Tea on an empty stomach

If you drink boiled tea on an empty stomach, “the cold nature of the tea, penetrating inside, can cool the spleen and stomach,” which can cause discomfort.

Splitting tannins in tea form tannin, from which many drugs precipitate and are poorly absorbed. Therefore, the Chinese say that tea destroys medicine.

Tea, which has stood for a day, not only loses vitamins but because of its high protein and sugar content, it becomes an ideal breeding ground for bacteria. If the tea has not deteriorated, it can be used for medicinal purposes, but as an external remedy. So, tea-infused per day is rich in acids and fluoride, which prevent bleeding from capillaries, so yesterday’s tea helps with inflammation of the oral cavity, pain in the tongue, eczema, bleeding gums, superficial skin lesions, and abscesses.

Washing the eyes with old tea helps to reduce discomfort during the manifestation of blood vessels, and rinsing the mouth in the morning before brushing your teeth and after eating not only leaves you to feel fresh but also strengthens your teeth.

No matter how useful tea is, do not forget about moderation. Excessive tea consumption means increased stress on the heart and kidneys. Strong tea leads to brain arousal, palpitations, frequent urination, and insomnia. High doses of caffeine, as recent medical research has shown, contribute to some diseases. Therefore, with tea, you should know the measure.

On average, 4-5 cups of not very strong tea during the day are beneficial, especially for a middle-aged person. Some cannot do without strong tea, because otherwise, they do not feel the taste. In this case, it should be limited to 2-3 cups, at the rate of 3 grams of tea leaves per cup, thus, 5-10 grams of tea is released per day. It is better to drink tea a little, but often and always freshly brewed. Of course, you should not drink tea before going to bed. It is good for older people to drink just boiled water in the evening, which is best just before it is boiled and then cooled to room temperature.